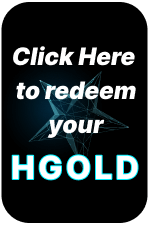 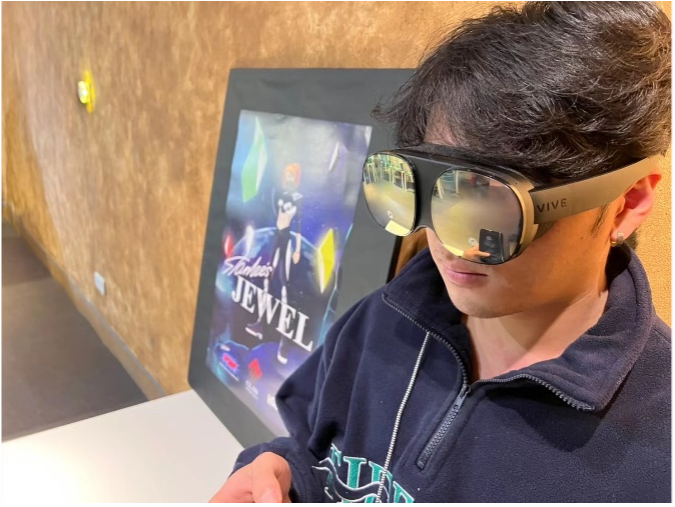 A. JEWEL WEB 3.0 website is almost ready. We are currently collaborating with the Hollywood team to create mind-blowing content. JEWEL will debut as one of the creations from the Father of Marvel, Stan Lee. There will be more details released in the future.

B. The development of JEWEL NFT joint to the HGOLD marketing, which leads the HGOLD  playing an important role in JEWEL NFT sales.

C. Carry on the concept of sub-centralization, JEWEL NFT will start its community channels; everyone in the community could participate in the development of JEWEL’s story. We are hoping to make JEWEL more dynamic and popular along with the community growth.

D. JEWEL development is completely different from the other Hollywood IPs. By carrying on the spirit of blockchain, JEWEL is going to be the creation of our community participating efforts. Everyone could contribute their ideas and talent to help with JEWEL creation. Thanks to community power, JEWEL will become the influenced character in the world.

More updates on our VR concert production. The contents we had recorded last week are moving on to the next stage by the Singaporean post-production team. We expected the exciting content is around the corner to show! We are using the HTC VIVE 3D VR system as the video and audio interface tool connecting the Hollyverse contents, and we are communicating with the HTC team for technology collaboration.

EnTech NFT Galaxy, known as NFT Marketplace, will officially be launched at the end of March 2022. Instead of 2D and 3D NFT technologies, you could also enjoy our patent technology, 6D NFT, only on our marketplace that would disrupt the current NFT market ecosystem!

You could be the next star up. Having a solid network with renowned production houses in the USA, StarClub puts your name on the map of Lala-land. Start your stardom by joining the Club, and buckle up for the road to Hollywood. 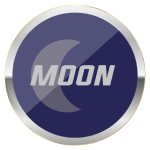 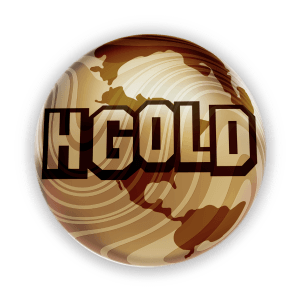 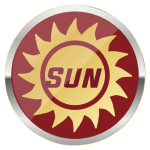 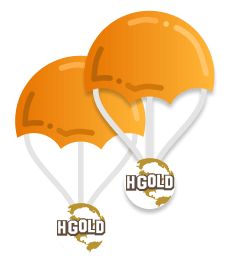 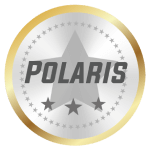 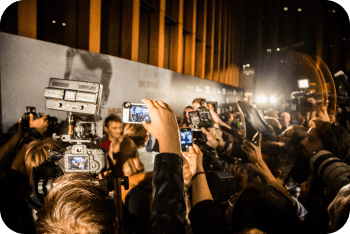 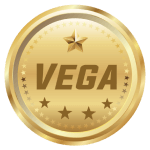 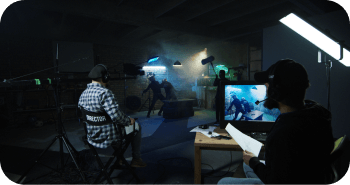 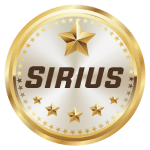 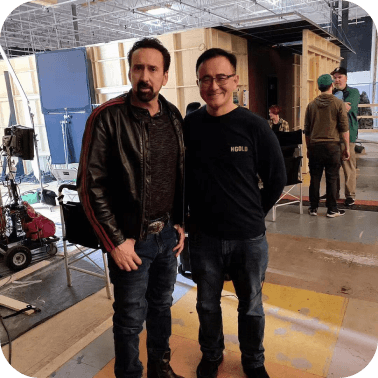 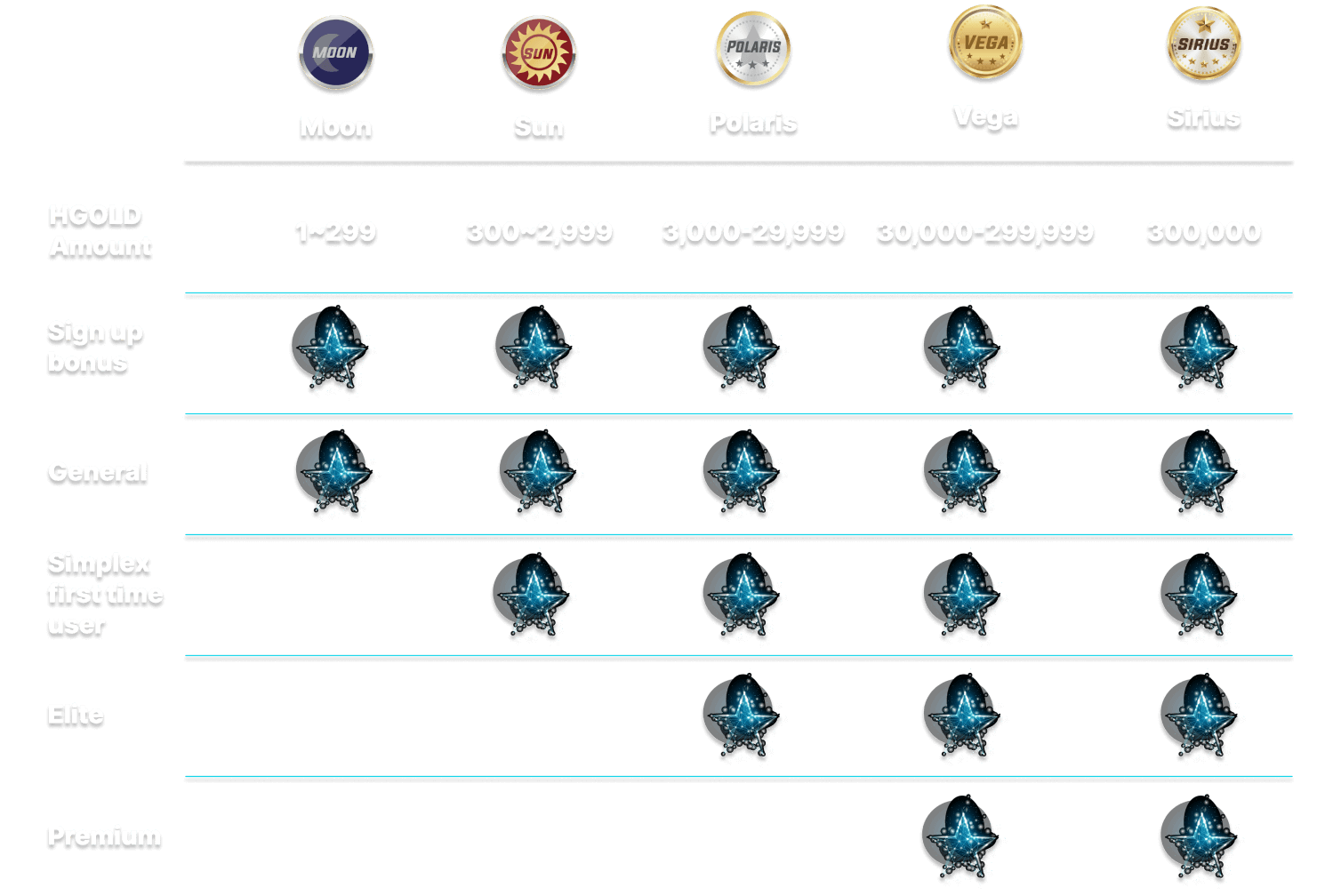 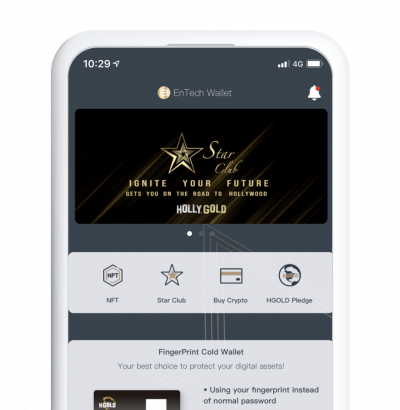 ③ Receive one HGOLD to begin your Star Club journey.

The genesis of HollyGold is to completely revolutionize and revamp the entertainment industry. The underbelly and core of this innovative vision is Blockchain Technology.
HollyGold 1.0 was built to facilitate advancements in the blockchain world superimposing the entertainment world onto it. And now HollyGold is ready to transform to 2.0 version.
H20 is introducing a DeFi ecosystem with a hybrid model in its core strategy.
HollyGold brings together the best of the centralized world and coupling it with a decentralized technological environment to pioneer the space like it has never been done before 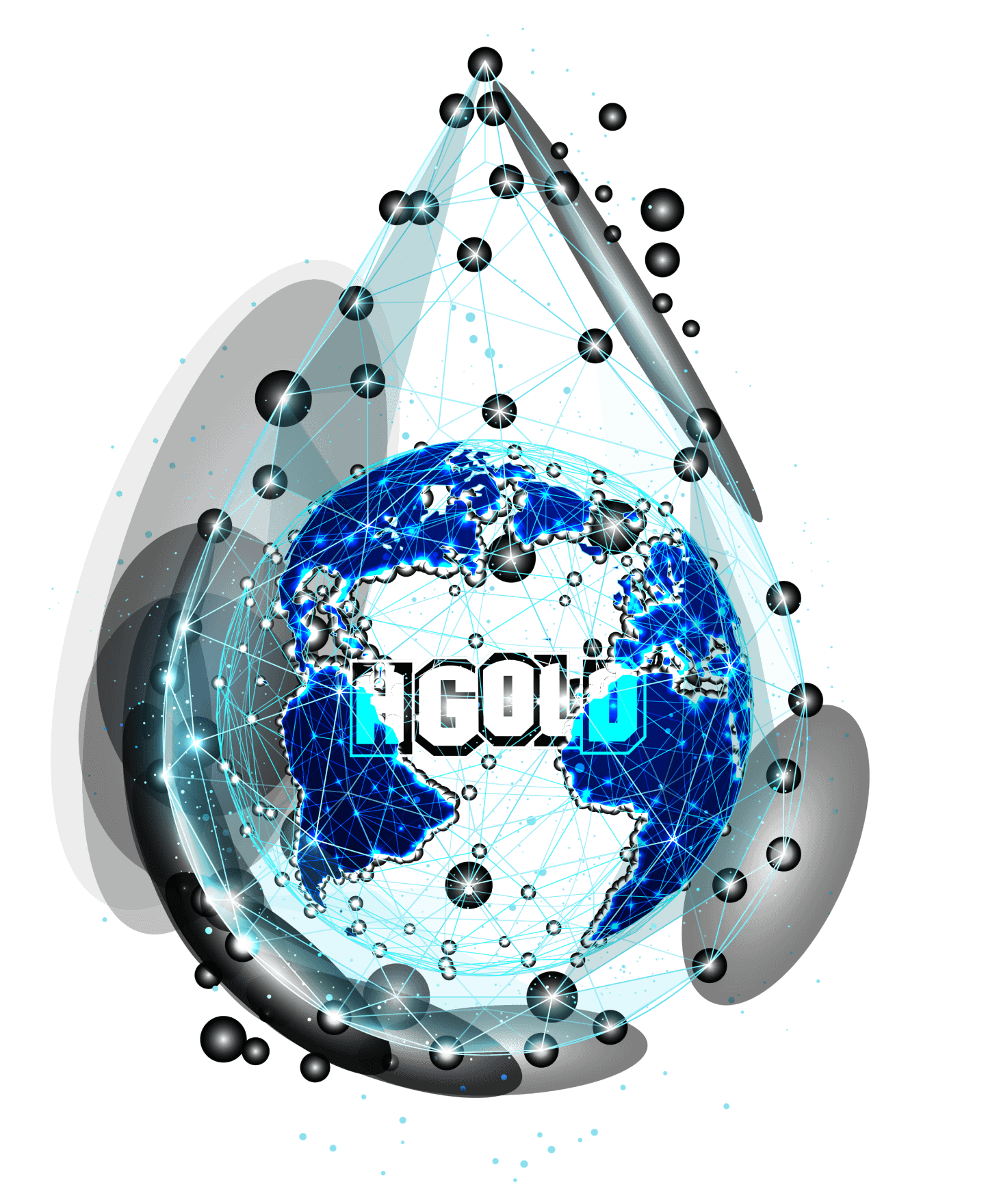 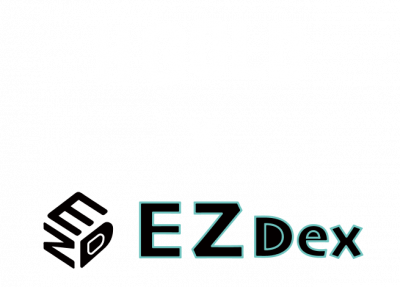 Ezdex is a decentralized exchange that utilizes the automated market

makers (AMM) feature which enables continuous, automated, and decentralized  trading using algorithms to price assets in liquidity pools. This also assists in adjusting the swapping protocol and in ensuring the community has full control of individual assets. EZDex will open with trade pairs like HGOLD/ETH and HGOLD/EZX. 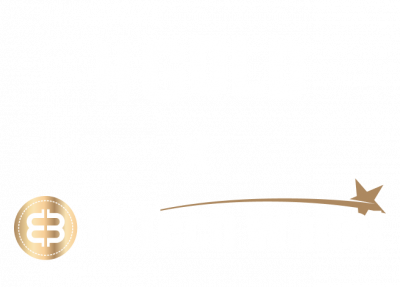 Entech Wallet APP offers versatility to the entire Entech Blockchain ecosystem that not many projects have. Wallet users will be able to use EnTech Wallet’s web-based Web3 DAPP’s to participate in all the decentralized applications that will soon be available. 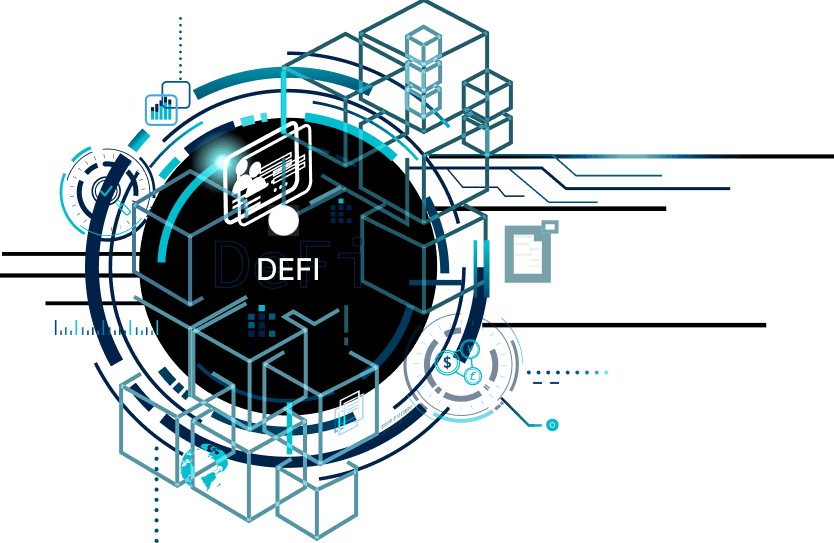 H20 refers to this new system as Sub-Centralized Finance (SCeFi). This new and innovative system facilitates users to invest without any technical issues, in a very secure environment, and maintain a high degree of anonymity. HGOLD manages the verification process through EZDEX, our decentralized exchange partner. The only task pledgers must do is to provide the assets: HGOLD into the DEX then allow for it to be locked up for a stipulated timeframe; during this period, users cannot use these assets but for locking them up, and they will earn some rewards in the form of the HGOLD tokens.

The other major advantage for users staking their HGOLD is that it creates a scarcity of circulating tokens thus driving the tokens value.

HollyGold endeavors to create management sustainability as the core of this upgrade. The new management system will be weakening the central authority from HGOLD believers and release it to Star Club members. The members will propose and vote for any topics related to HollyGold operation and important issues. The DAO system will decentralize the blockchain management and make it more effective.

HollyGold endeavors to create management sustainability as the core of this upgrade. The new management system will be weakening the central authority from HGOLD believers and release it to Star Club members. The members will propose and vote for any topics related to HollyGold operation and important issues. The DAO system will decentralize the blockchain management and make it more effective. 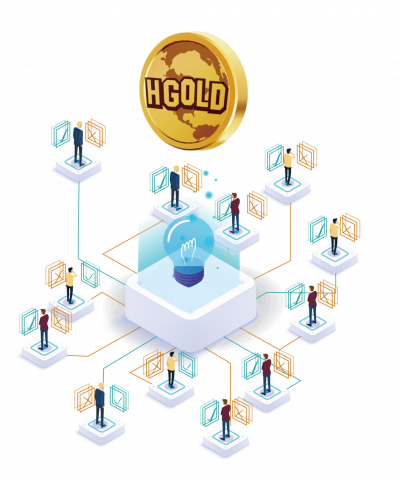 1. 3,000 HGOLD must be Available tokens, 100 HGOLD would be the proposal fee.
2. ETH would be the gas fee (which is according to etherscan ‘s GWEI, so the number of requirements will fluctuate)
3. If the proposal is rejected, the HGOLD has been frozen would be refunded, but 100 HGOLD proposal fee and ETH gas fee would not be refunded.
4. The content of all proposals will be written in English. Otherwise, it will be rejected.
5. After the proposal is successful, enter to the [Secondary stage]. At this stage, the proposal will have seven days of voting time, and it needs to obtain more than 300,000 votes for support, then you can enter the [voting stage].
6. The voting stage will last for seven days. The proposal requires more than 3 million votes to participate and more than 50% of the support, then the proposal can be passed. The same points will be voted again, up to 2 times.
7. All voting processes will be immediately posted on the APP in public, and the voting results will be uploaded to the blockchain record and published on H2O’s official website and community.
8. All the DAO proposals, status updates, execution, and stories will be available in the DAP section of the H2O official website.
9. Your voting rights include pledges and unreleased tokens, which will be subject to the number of holdings displayed by Starclub. 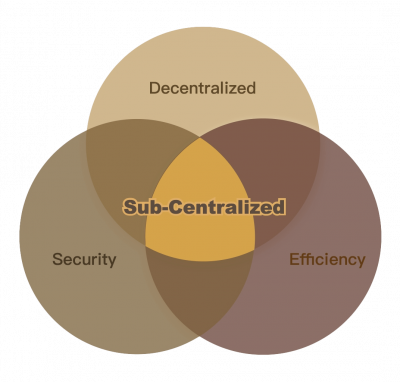 Hollywood is the ultimate dream for every entertainment professional.
HollyGold 2.0 founded HollyVerse to provide a platform for entertainers across the world to display their talents. HollyVerse is an alliance of entertainment companies worldwide that have the opportunity to participate in Hollywood productions as a director, screenplay writer, actor, IP creator, etc. Once the Star Club community refers and votes to approve, HGOLD releases the decision-making authority to all the HGOLD holders to pick their future stars from the HollyVerse.